2 Days in Sydney with a Toddler-Part 1 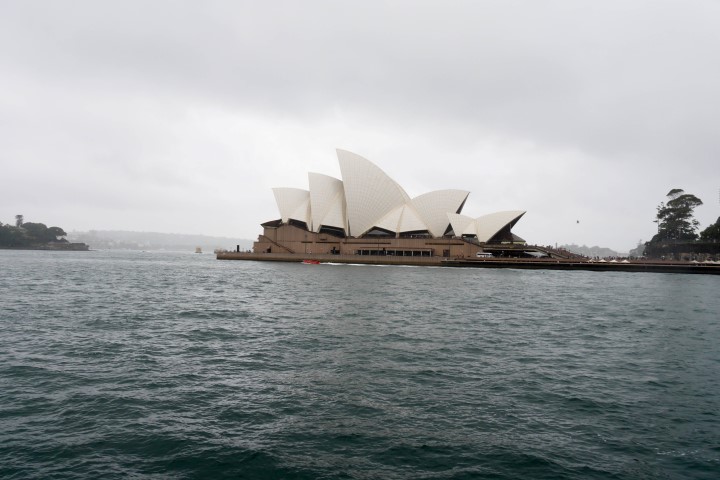 After our adventures at the Otway Fly we drove back to Melbourne. We started the drive thinking we would have a bit of time in Melbourne, but then rush hour hit and the state-of-the-art navigation system gave us a (grid-locked) tour of Melbourne, erasing any extra time we thought we would have. And then Murphy’s Law showed its face. We still had to refuel the rental car, but every pump was occupied and had at least one additional car waiting. For the seemingly endless next fifteen minutes, the queues in front of all other pumps moved along, while the car in front of us didn’t move an inch. What starts out as ‘lane envy’ quickly grows into something more stressful. We thought the driver must have been in some long queue, but when we looked inside there was no queue whatsoever. It turned out that the owner of the car had just left his car at the pump to eat a meal in the restaurant. After some verbal encouragement, he finally moved his car so we could fuel up. Murphy showed up again when trying to pay. The connection froze halfway, and repeated attempts to reset the terminal didn’t help. This took another fifteen minutes, where they finally gave a hand-written receipt for a cash payment (always bring some emergency cash!).  With just about half an hour left before departure, we quickly left the car and ran towards the check-in desk. Luckily, they were a lot more laid-back than their European counterparts would have been, and about 5 minutes later we were fully checked in and through the security clearance.

We only had 2 days in Sydney and the first day was all rainy, therefore we looked for inside activities. One of the most recommended is the Sea Life Sydney Aquarium located at Darling’s Harbour. I don’t really have a good term of comparison since I haven’t been to an aquarium before (other than the aquarium of the Blijdorp Zoo in Rotterdam, which is also impressive) but I thought this was quite decent in terms of size and animal species. It was interesting to have a glimpse of the rich Australian marine life.

Our toddler loved it all, he was particularly impressed, almost mesmerized by a huge blue fish and kept going back to it.

He loved walking (running) through the tunnels with the fish swimming around. You could see very large sharks and sting rays in there. There is also a short and cold (indoor) boat ride (‘expedition’) next to the penguins and of course the aquarium’s super star, the Dugong! I hadn’t heard of this animal before. He has a very cute/funny face (which I could not take a picture of) and there are a number of interesting facts about it: the name Dugong comes from Malay and it means ‘the lady of the sea.’ Dugongs are also most closely related elephants rather than other sea mammals. They reach about 3 meters, weight between 400-600 kg and have a big appetite for sea grass which got them the nickname ‘sea cows’. The Dugongs at the Aquarium eat 80 kg romaine lettuce (the expensive type you would find in a Caesar salad) per day, as their favorite sea grass is protected itself.

We were hoping that after our visit to the Aquarium the rain would stop for a bit, as we had been rather lucky with the weather during out trip so far. It did not, so we decided to take the boat and go around the harbour. A good thing to do on a rainy day, especially if this is your first day in Sydney. Our lovely toddler sang all the songs he knew, made all the animal sounds he knew with a special emphasis on the dinosaur.

We saw the amazing Opera House for the first time. It’s impressive, even in the rain. Once we got off the boat, our very active toddler had fallen asleep and we enjoyed the most amazing soy milk hot chocolate at Lindt. Later in the afternoon the rain stopped, so we walked a bit in the city and went back to the hotel for a roof top swim and an amazing sleep.