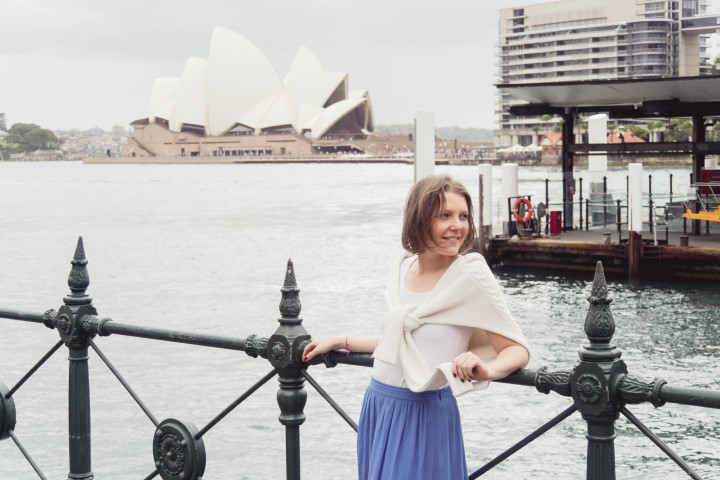 The second day in Sydney gave us a better perspective of the city. What a difference a shining sun and bright blue skies can make! If, after our first day I was almost going to say that I had imagined something else, that it was not as great as I thought, now I can certainly state that it is an amazing laid back city with a great vibe.

We started off the day by heading by boat to the Taronga Zoo. I forgot to mention that during our trip we lost an item in almost every place we visited. If until this point the damage was not noticeable, the taxi ride to the harbour (Circular Quay) left us without the 3-in-one holder of the Go Pro camera which, by the way, is really a great tool since it can be used as a camera grip, extension arm or a tripod. We tried to recuperate it by calling the taxi company but they could not find it anymore. We were lucky enough not to have the camera inside it.

This time the ferry ride to the zoo was a lot more enjoyable. The easiest way to get to the Taronga Zoo is by ferry from Circular Quay. We booked our tickets in advance with Captain Cook Cruises which were valid for 24 hours.

What I loved the most about this zoo was its location and the panoramic view on Sydney harbour, the city skyline and of course the silly fact that it is only here that I managed to see a huntsman spider.:)

To me the Taronga zoo looked like a typical zoo. Given that in Rotterdam we have one of the most beautiful zoos in the world, I was not particularly impressed by this. We were interested in seeing the koalas, but this was more a commercial enterprise than pleasant experience. We were told that in addition to having to pay something like AUD 25, we would also have to wait another 2,5 hours for the next available slot to have an up-and-close photo taken with a koala. Our toddler really enjoyed the rest of the zoo and this is mainly the reason why we went there. What I found interesting to see at the Taronga Zoo was the Australian Walkabout where you could walk among wallabys and different species of kangaroos in some cases without barriers. It’s also where I saw red pandas for the first time.

Given that the day before, the rain did not really allow us to have a proper walk in the city, after the Taronga Zoo we took the ferry back to Circular Quay and continued walking to the Opera House Square. It was just stunning. The Opera House, certainly an icon of the 20th century architecture, and its surroundings are impressive. We enjoyed some time in sun while our toddler was taking his nap and followed the path that borders the harbour to the Botanical Gardens. The botanical gardens were quite impressive, with many very large and special trees.

We will definitely return to Sydney and to Australia in general. I think it’s a great place to travel with kids of all ages (if you find the long flight manageable). We did not have enough time to explore the famous Bondi beach or other beaches in the area but we definitely got a great feeling about what we’ve seen here so far.