Disneyland Paris with a toddler 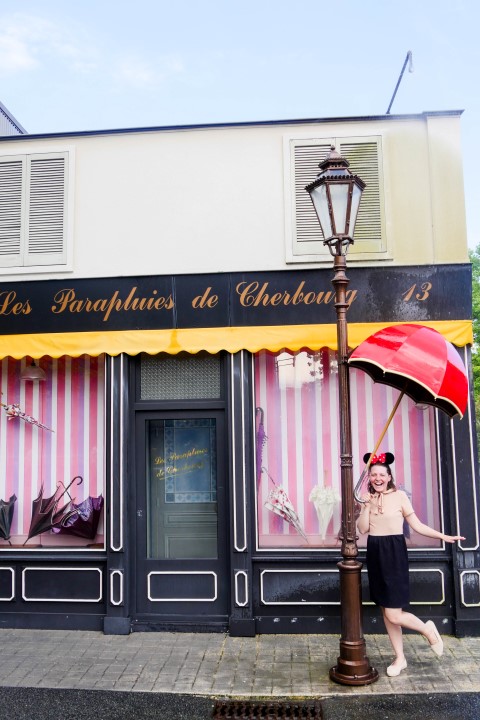 I interrupt the sequence of posts about our longest and furthest holiday in order to share the way we experienced Disneyland Paris last weekend.

We went together with our son who is now 2 years and 9 months old. For both him and me this was our first Disneyland experience. In general I dislike queues and crowded places. Yet I also knew that I would certainly find this combination here, not to mention the very high temperatures and junk food everywhere. Despite all of this, it actually was a fantastic experience. I felt like a kid for the first time in front of a Christmas tree. Being with our toddler I was able to enjoy a large variety of attractions from the very sweet ones suitable for toddlers to the wildest rollercoasters (an extreme activity for someone that is not a big fan of adrenaline), the fantastic Disney shops and the magic park itself. We had 3 and a half intensive days in the park. The Disney songs are still fresh in my memory, my feet still hurt me from walking and standing in queues the whole day, and I still dream walking the alley towards the castle at the centre of the park.

We decided to take the train (Thalys) from Rotterdam with a switch in Brussels from where we were supposed to continue our journey with the TGV to Marne la Vallee (the train/metro stop for the Disney Park). When we purchased our tickets with NS International they offered us the option with 10 minutes between the 2 trains, however the Thalys was delayed 9 minutes, so the train left just in front of our nose and we ended up missing our connection. We got a bit lucky as the controller in the Thalys was kind enough to let us stay in the train until Paris from where we took the Metro to Marne la Vallee. Otherwise we would have had to wait a few hours for the next train, buy new tickets and miss a half day in Disneyland. The controller on the Thalys told us that NS international should not sell this connection since you always need at least half an hour in between the two trains.  So, my first tip would be not to book such a tight connection or travel directly to Paris.

On the way back, surprise, surprise we had a similar situation. In this case the TGV was 45 minutes delayed. In such a case, you can get your ticket stamped at a TGV office and get on the next Thalys without a problem, and also apply for a partial refund because of the delay.

We had a package deal where we stayed at one of the hotels in the Disney Village (Hotel New York). We had two meals included (breakfast and dinner). The coupons for breakfast were only for 2 cafes in the park and they were take away type, mostly junk. We preferred to pay a bit extra and have the buffet breakfast at the hotel which also had healthy options  And, as under three year olds are considered babies at Disneyland, they eat for free. You need to book your dinners in advance. The first night we had a good buffet dinner at our hotel, the second night at Chez Remy (which is the Ratatouille set up) and the last night was at the Plaza Garden Restaurant. All three were good restaurant with many options. In the Park you’ll mostly find junk food, so we spent quite some time every day looking for something remotely healthy. The best compromise we found was buying  fresh fruit with greek yogurt.

What our toddler loved the most

The Mickey Mouse Clubhouse puppet show at Disney Junior (Walt Disney Studios). My son loved this so much we went twice!! The show is at certain hours and you don’t need to stay in a queue.

Meet Mickey Mouse: This was a very big hit for our son who just loves him!

It’s a small world! A beautiful boat ride in the dark. The ride features dolls dressed in traditional costumes from all over the world with a soundtrack that will NEVER get out of your head. The Bonus was the less than 5 minutes waiting time!

The Tea Cups make sure you’re not car sick!:)

Dumbo The Flying Elephant: a loooong wait for a short ride

Thunder Mesa Riverboat Landing: A lovely boat ride for mother and son while daddy was queuing up for the rollercoaster

BTW! For attractions where our son could not join they have the baby switch option where the second parent does not need to stay in the queue. In other words, you spend some time with a toddler-friendly activity while your other half gets to relax a bit in the queue, enjoys the ride and takes a baby switch pass from the attraction allowing you to go in straight through the exit (much quicker than the Fastpass system).

Autopia a father and son one!

Ratatouille the Adventure-This one is just fantastic, it’s 4D and you get an experience from a mouse perspective!

The Big Thunder Mountain for the parents, a great rollercoaster

Rock and Roller Coaster for daddy only

Studio Tram Tour behind the Magic. We did not pay a lot of attention at the entrance where it was specified that there are explosions simulated on sight so our toddler got a bit scared here. It’s a great one but I would not do it with a little one again

The Twilight Zone Tower of Terror: One of my favourites.  You are in a haunted hotel where the lifts just goes crazy and you experience free fall ride.

‘Mickey the Magician’ show at the Disney Studios! This was incredibly well done and just magic!!

The Disney Characters Parade. We all watched this from the side of the road

The Fireworks at 23:00 while our son was sleeping undisturbed in the stroller! I haven’t seen more beautiful fireworks and special effects lighting up the Disney Castle and the sky!

Lunch with characters at the Invention restaurant of the Disney Hotel

Disneyland Paris is definitely for all ages!